Our written history is a tribute to, and a reminder of, the courageous men and women who came before us to settle a previously unsettled territory. The foundation they established and the foresight they envisioned is inspiring.

The township’s first landowners were Henry Thorndyke of Portage County, Ohio (who owned about one third) and James Fowler of Westfield, Massachusetts (who owned the remaining two-thirds). It is no coincidence that the township came to share the same name as Fowler’s hometown. The township was originally part of Harrisville Township.

Westfield had its first birth, a daughter Fanny, born to John J. Morton and his wife Jane.

In April, Eber and Jamima Mallory gave birth to the first male born in the township, Henry Thorndyke. He was named in honor of the original landowner, who repaid the compliment by giving to his namesake a piece of land on the west bank of Campbell’s Creek, Lot No. 15.

The first school was opened in the summer and was taught by Miss Jerusha Hosmer. The daily sessions were held in the home of John J. Morton. Subsequent schools were taught by Ansel Brainard Jr. and Betsey Ross.

Additional families came, including Brainard and Chapman, who returned with their wives. Also Elihu Hathaway, Wiley Hamilton and Moses Noble and their families.

Settlers belonging to the Free Will Baptist sect organized a society, but it failed to prosper.

The first Methodist church was formed and led by Ansel Brainard Jr. Soon afterwards the Baptists and Presbyterians began holding services of their own.

Joseph Kidder is credited with the first land purchase in the Fowler tract.

In June, the first notable social event occurred, the wedding of Mr. B. Flannigan and Miss Polly Cook.

Westfield suffered its first death in September. Fanny Beach, the wife of Alvah Beach was laid to rest in Friendsville Cemetery.

Mr. James Fowler founded the village of LeRoy (now Westfield Center), setting aside four acres for a public square and fourteen acres on each side of the square, dividing them into lots with sixty-foot frontage. He contributed $100 toward the construction of the town hall.

William Wolcott and the Kidders built sawmills on Campbell’s Creek.

A town hall was built at the township center and dedicated to all proper public uses. The building was replaced in 1846.

Mr. Halsey Hulbert arrived from Enfield, Connecticut and settled on a farm near the eastern edge of the township (corner of Seville and Hulbert roads). Mr. Hulbert was against slavery and used his home to shelter a few of the fugitive slaves. It is on the National Register of Historic Places for being a stop on the Underground Railroad as well as belonging to the Underground Railroad National Register. It has been noted in many newspapers and publications over the years.

King and Greene started a store at (Asa) Farnum’s corner on the east side of the square.

Rufus Freeman built his home at the corner of what is now Daniels and Seville roads. That home is now owned by his great, great grandson Joseph Freeman Hastings and his wife Sandra.

A congregational Church and Society was incorporated in February and officially organized in April. The Reverend John McCrea got things started and turned the church over to the Reverend Joel Goodell in June. Land for the church was donated by Nobel Stiles in 1835.

A Baptist church was chartered in the township and incorporated by Joshua Bailey, Reverend Rufus Freeman, Levi Chapman, William Hulburt, John Mead and others. It closed its doors in 1858.

Dr. Caleb Stock took over the hotel (the post office was also located there) built by James Whiteside on the west side of the square.

In May, the Universalist Church was organized and met in the old school house. They purchased land for a church from John Clyne on January 22, 1847. The lot cost $60, paid by subscription.

Three anti-slavery votes were cast in the election by Halsey Hulburt, William Hulburt and Dominie Williams. (Williams came from Oberlin to teach at Westfield School.) William Hulburt welcomed slaves into his home, one stop on the Underground Railroad.

The Washingtonian movement enlisted the sympathy of residents in the temperance cause.

On February 8, the Ohio Farmers Insurance Company was chartered. The headquarters was located in an extension of the frame store building on the square’s east side. The first Board of Directors were George Collier, President; Jonathan Simmons, Asa Farnum, Isaiah Phillips, Isaac Rogers, Isaac Jones, Calvin Chapin. The first secretary of the company was D.B. Austin. It was the pioneer in doing insurance business on farm property exclusively.

A new group of Methodists organized in Leroy and soon became so large it absorbed the Congregational Church in 1859. The Reverend L.F. Ward ministered to the combined congregations.

The Ohio Farmers Insurance Company moved its office to a brick building on the square, which was expanded in 1866.

The Leroy school district was created. The following year, a new school building was constructed on the south side of the square. It was a “graded” school with primary, intermediate and high school departments and cost $8,000.

Three more churches formed, the Dunkard and German Reformed at Friendsville, and the United Brethren.

The Village of Leroy was changed back to Westfield Center by a referendum of the residents. 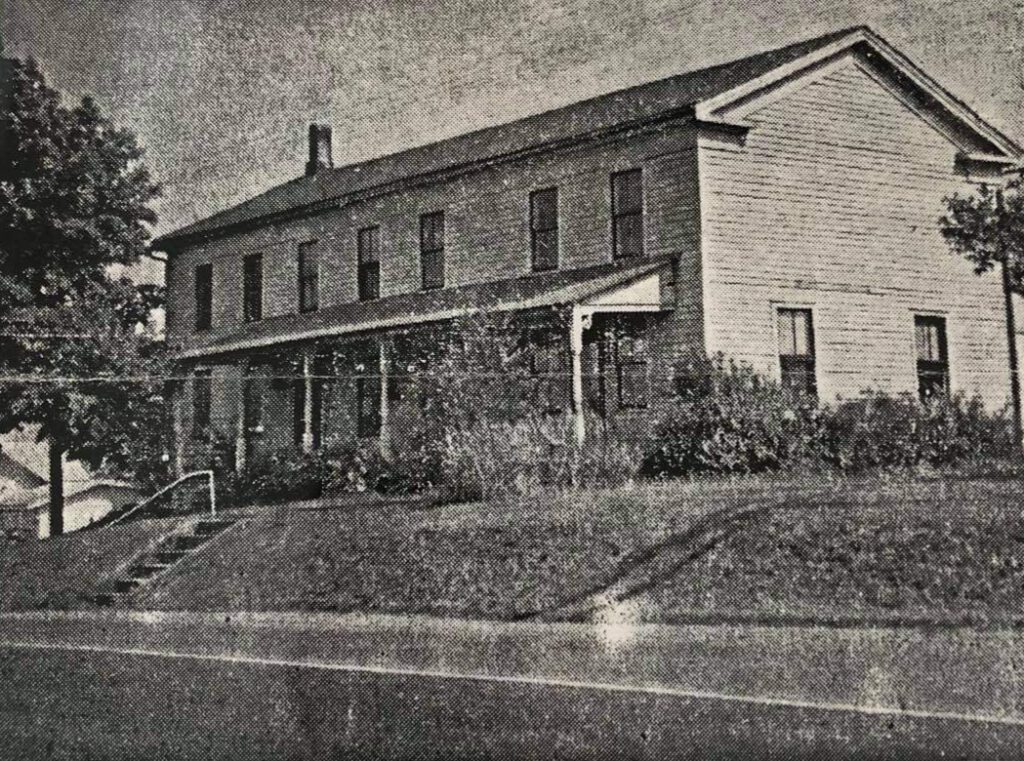 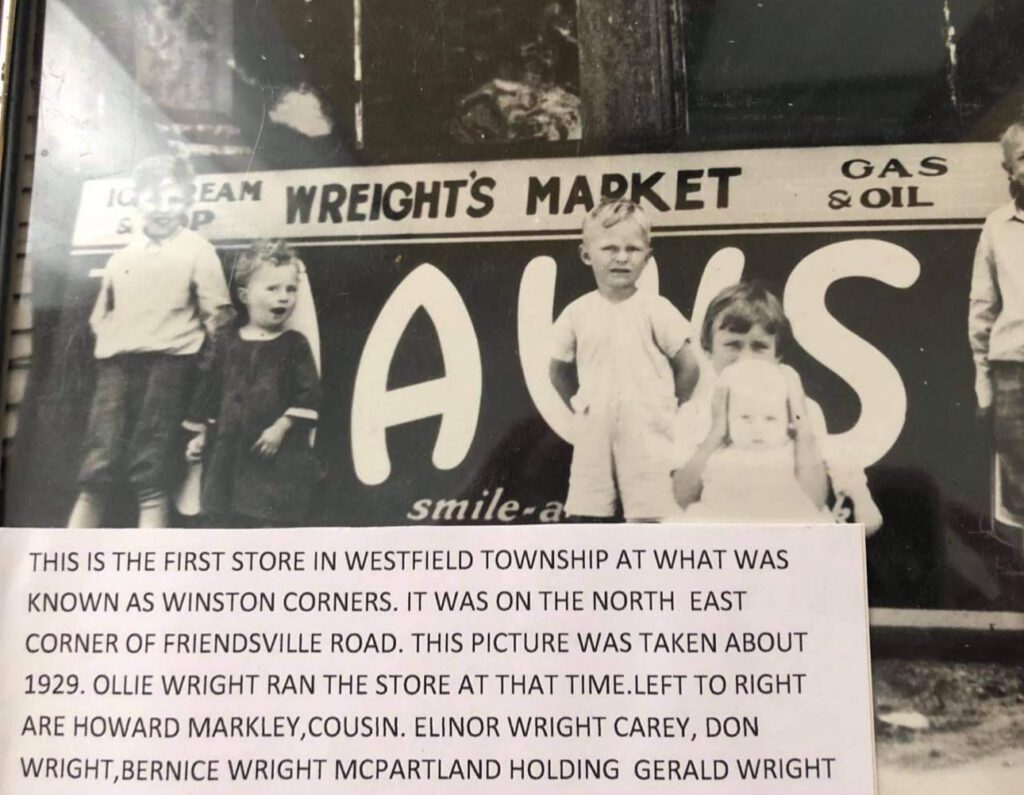 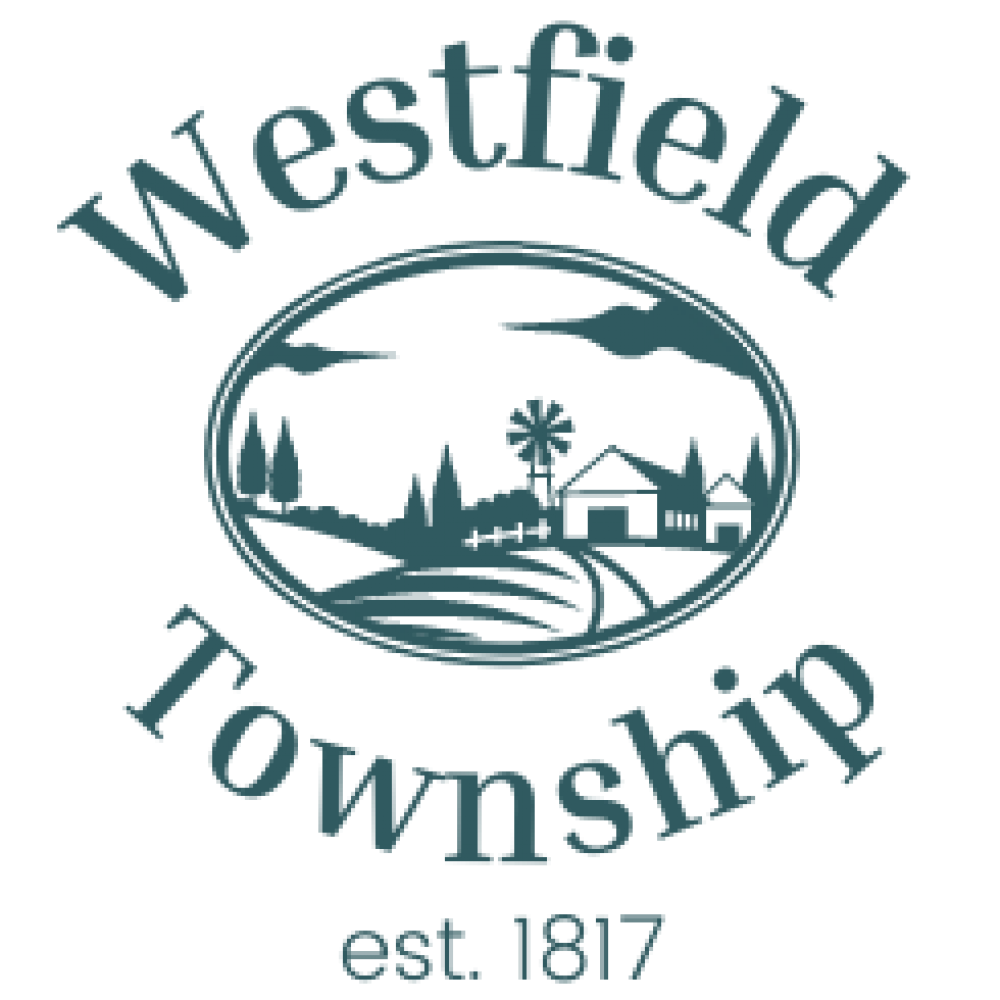